Arabic and the Science of Reading

On June 29, 2021, the World Bank’s report on Advancing Arabic Language Teaching and Learning: A Path to Reducing Learning Poverty in MENA was launched at an event hosted by the Queen Rania Foundation. The report identifies and explores the factors related to high learning poverty rates across the Middle East and North Africa (MENA) region, in which more than half of children cannot read and understand an age-appropriate text by age 10. The report also proposes a path to assist MENA countries in their efforts to reduce learning poverty.

The Arabic language can be considered a continuum of forms, from the formal, such as Modern Standard Arabic (MSA), to dialects and colloquial Arabic. The “linguistic difference” can create additional challenges for children learning MSA, which is the language of instruction for most MENA children, due to the more complex grammatical system and richer vocabulary, among other differences. Despite limited early exposure to MSA, children are presented with a set of rigid rules to acquire once they start school and are not encouraged to freely use and innovate in MSA, as those learning in other languages are able to do. Often, children receive written instruction in MSA but oral instruction in colloquial forms.

These issues of diglossia are not insurmountable. There is passive exposure to MSA in daily life, including through mass media, parents and caregivers reading to children, and children’s entertainment. Greater exposure to MSA in the early years helps the transition to MSA in school. In addition, despite clear differences, there is significant overlap between colloquial forms of Arabic and MSA, not only in terms of exact word matches but also in terms of words that have the same root or similar origin (cognates). While more research is needed, these similarities can be harnessed to support children’s learning of MSA through appropriately targeted and sequenced curricula.

The removal of diacritics in around grade 4 or 5 can make it difficult for children to differentiate words that look alike, and the lack of removal can slow a competent reader down. However, not every child in a grade 4 or 5 class would be ready for unvowelized text or would be able to cope with it in all contexts (such as in longer or more difficult texts). Having the move based on skill instead of grade or age, and the option of vowelized text, supports the principals of evidence-based effective instructional practices such as Universal Design for Learning (UDL) and Teaching at the Right Level (TaRL). 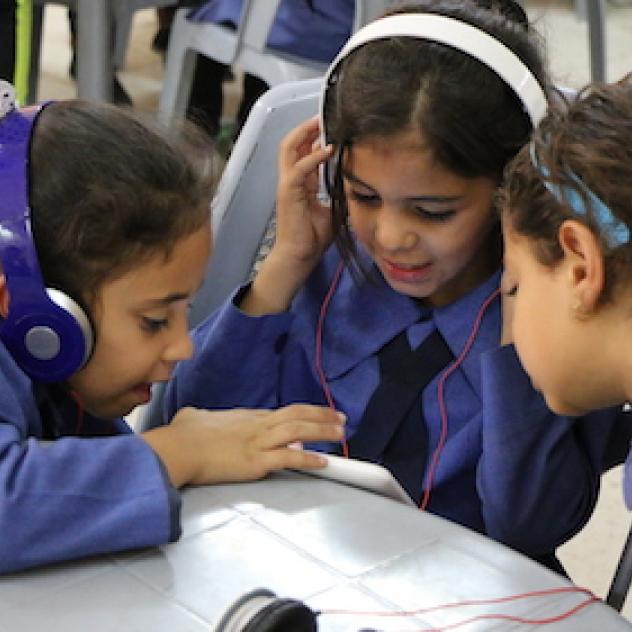