Where do your children spend their days? 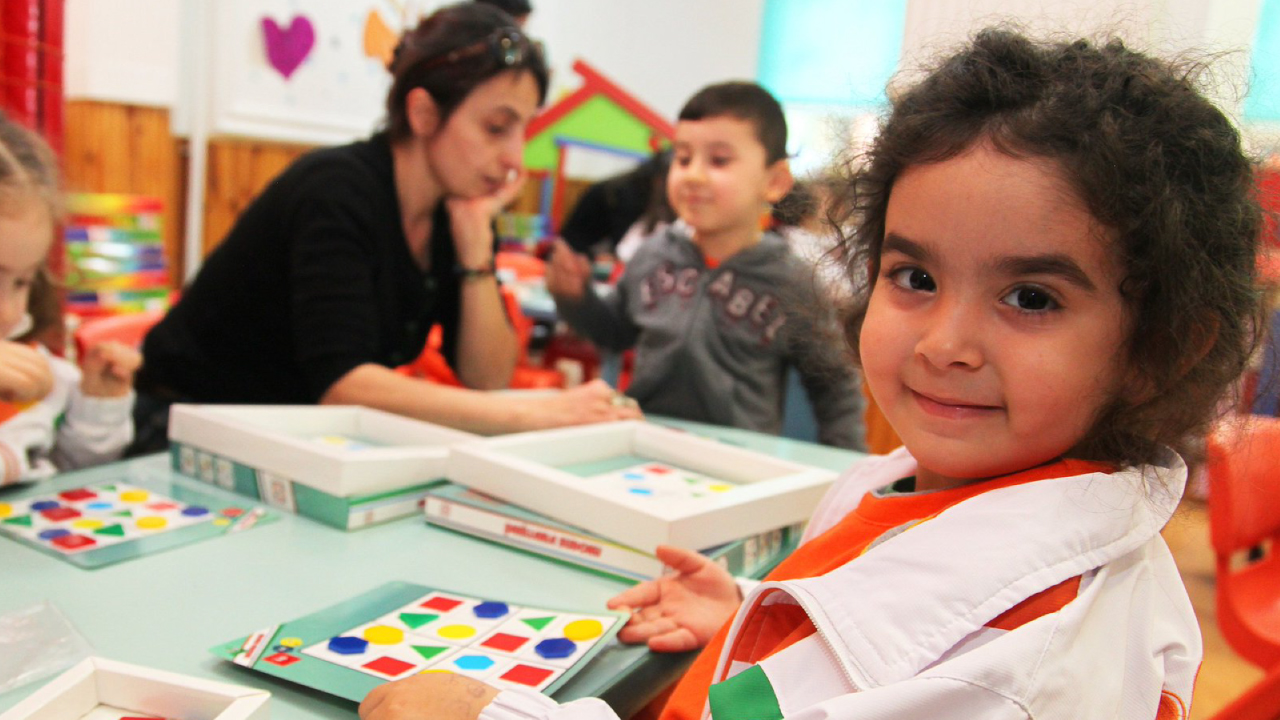 Early Childhood Education (ECE) – we are always hearing about it, its importance, how to increase its quality, universalizing it. And yes, yes and yes; it is important, we should always aim to raise the quality of ECE and universalize it. But what is our baseline in Jordan; what is the current situation on the ground? Where are we sending our children?

At the time of data collection in 2015, a representative sample of 437 nurseries registered with the Ministry of Social Development (MoSD) were selected, covering four different nursery types: private nurseries; Ministry of Education (MoE)-based nurseries, which are established in MoE schools but are run by the teachers working at the school for their own children; work-based nurseries, which are set up by companies for the children of the female employees; and community-based organization (CBO)-based nurseries. A lot to take in, no? And these are just the types registered with the MoSD!

A nursery caregiver and an administrator from each nursery were surveyed using two separate questionnaires. Several themes were covered in the questionnaires, including the physical environment of the nurseries, the curricula used, the learning materials available at the settings, the qualifications and training of nursery caregivers, in addition to their perceptions and what motivates them.

One of the main findings is that the conditions of the nurseries varied widely across the four different types of provider. Private nurseries were generally the best equipped and resourced (in terms of both material and human resources). Nonetheless, the majority of nurseries across types did have basic furniture and hygiene resources; including child-sized chairs and tables, floor-mats and soap. However, one of the most noteworthy findings of the survey was that many nurseries lacked books for children to read, but nearly all had televisions.

In terms of human resources, many nursery caregivers were not formally prepared for their jobs. Approximately one third of caregivers from MoE-based and CBO-based nurseries did not have Tawjihi certificates. With that, few caregivers had specialized in fields relating to education in their post-secondary education. Despite the majority of caregivers not having the relevant academic qualifications, the vast majority of caregivers also reported not receiving either pre-service or in-service training to prepare them for the profession.

The lack of professional preparation and training for caregivers may be reflected in their teaching practices, and although a questionnaire cannot observe the nature of such practices, it can highlight reported practices, caregiver perceptions and beliefs. Such reported practices included the shocking finding that 20% of caregivers reported using physical child discipline within the previous four weeks.

The survey also explored caregivers’ motivations for pursuing the career.  The most commonly reported reason for pursuing was a lack of other alternatives. Why is this field considered an option of last resort? What can be done to increase people’s desire to pursue this field out of interest? Could it be due to the low benefits professionals working in this field receive? Findings from the survey highlighted the very low salaries caregivers reported receiving, the lack of health insurance for themselves or their families and the lack of child-care benefits.

The early years are pivotal to an individual’s later success, development and achievement. Every moment counts. The National ECD Survey 2015 aimed to provide a bird’s eye view of the early years in Jordan, be it in nurseries, kindergarten 1 classrooms, or at home. A report about the home learning environment in Jordan will be published in the coming months, but for now, to read the full report on Jordan’s nurseries, click here!