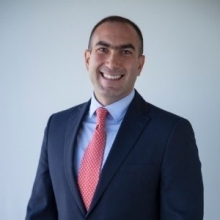 Saad is also the Vice Chairman of the Board of Directors at Edraak, the leading platform for massive open online courses in the Arab world. He also currently serves as Chairman of the Queen Rania Teacher's Academy. Saad’s previous roles were centered on economic growth, namely, SME growth, export development and free trade agreements. He oversaw the management of European Relations and cross-country collaboration agreements at Jordan's Ministry of Planning and International Cooperation. Saad holds a B.A. in Management from Al-Ahliyya University and an International Diploma in Business from the University of Cambridge/TAG Business Academy. 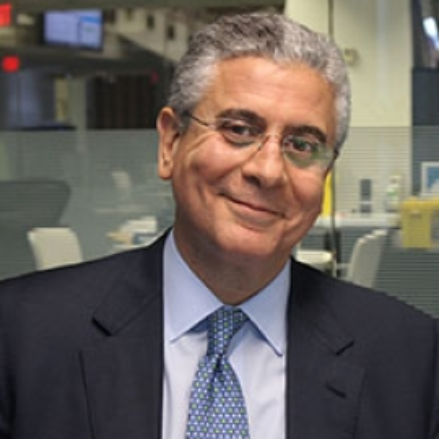 Belhaj has been the World Bank Vice President for Middle East and North Africa since July 1, 2018. Prior to this, Belhaj served 15 months as the Chief of Staff to the President of the World Bank Group. From 2012 to 2017, Belhaj was the World Bank Director for the Middle East, in charge of World Bank work programs in Lebanon, Syria, Jordan, Iraq and Iran, based in Beirut, Lebanon. A Tunisian national, Belhaj joined the Bank in 1996 as Senior Counsel in the Legal Department, managing a number of legal and judicial reform projects. He also served as Bank Counsel for countries, including Egypt, Morocco, Iran, Algeria and Thailand. 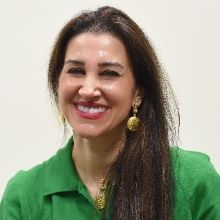 Professor Taha Thomure designed the first system for leveling Arabic texts which is currently used by regional and international publishers to level their Arabic children’s books, with more than 8000 books leveled thus far. She also developed the Arabic language arts standards that have been used by more than 100,000 students all over the Arab world. She is the senior author for Pearson’s Arabic language Arts K-9, a state-of-the-art curriculum that is standards, literature and inquiry-based. She has reviewed the national Arabic curricula for Morocco, Saudi Arabia, Jordan, UAE, and Bahrain and is an adviser for Arab Thought Foundation, Queen Rania Foundation, USAID, DLI, the World Bank, and many others. Her research is in the field of Arabic language teaching and learning, oral reading fluency, Arabic children’s literature and teacher preparation and curriculum studies. Twitter: @HanadaEducation 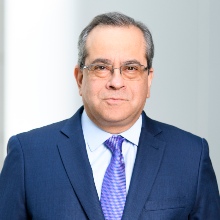 Saavedra leads the Education Global Practice at the World Bank. He rejoined the Bank from the Government of Peru, where he served as Minister of Education from 2013 through 2016. Throughout his career, Saavedra has led groundbreaking work in the areas of poverty and inequality, employment and labor markets, the economics of education, and monitoring and evaluation systems. He has held positions at several international organizations, including the Inter-American Development Bank, Economic Commission for Latin America and the Caribbean, International Labour Organization, and the National Council of Labor in Peru. He has also held teaching and research positions in academia and has published extensively. Prior to assuming his role as Minister for Education of Peru, he had a ten-year career at the World Bank where, most recently, he served as Director for Poverty Reduction and Equity as well as Acting Vice President, Poverty Reduction & Economic Management Network. Saavedra holds a Ph.D in economics from Columbia University and a Bachelor's degree in economics from the Catholic University of Peru. Twitter: @JaimeSaavedra22 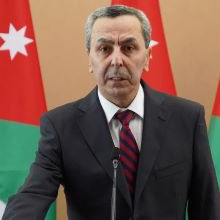 Dr. Abu Qudais is the current Minister of Higher Education and Scientific Research. His previous positions include Secretary General, Ministry of Higher Education and Scientific Research, Member of the Higher Education Strategic Planning Committee, Member of Board of Trustees of a number of Universities, Committee Member of the Jordanian Public University Presidents’ Appraisal, Member of several committees for the selection of Jordanian Public University Presidents and President of the Arab Open University of Jordan. His Excellency has published 45 refereed scientific researches in highly rated international journals and conferences. Abu Qudais was granted many Scientific Awards including King Hussein Award for Scientific Excellence and The AlHijjawi Award. He is also Member of the Board of Directors of several companies. His excellency holds a Ph.D. in Mechanical Engineering, Minnesota University, USA. Al-Mualla assumed the responsibilities of the Undersecretary for Academic Affairs in 2021. Previously he served as the Undersecretary for Academic Affairs of Higher Education. Al-Mualla has over 17 years of experience in academia and administration. As Undersecretary, he provides leadership, strategic and executive direction for three sectors in academic affairs: Planning & Educational Services, Curriculum, and Care & Building Abilities. Al-Mualla is currently a member of the Board of Trustees of several organizations including the ICT Fund, the Abu Dhabi Vocational Education and Training Institute, and the National Qualifications Authority. He is also a member of the Senior Management Board of the Emirates Telecom Innovation Center (a partnership between Khalifa University, Etisalat and British Telecom) and chair of the Senior Management Board of the Mubadalah-KU Aerospace Innovation Center. Al-Mualla holds a PhD degree in Electrical and Electronics Engineering and an MSc degree in Communication Systems and Signal Processing both from the University of Bristol, U.K. He also holds a BEng degree in Communications Engineering from Etisalat College of Engineering (currently Khalifa University), UAE. Dr. Adel Najeh Abbas Al-Bassesy is the Deputy Minister of the Iraqi Ministry of Education for Scientific Affairs, in addition to holding the position of Director General of Curricula. He has a long experience in the educational field in Iraq since 1993. He holds a doctorate in modern Arabic literature and heads several scientific committees at the ministry level concerned with authoring and scientific expertise for curricula in Iraq. 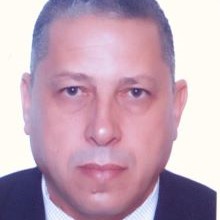 Chafiqi has been the Director of Curriculum at the Ministry of National Education and Vocational Training of Morocco since June 2010, and the Director responsible for Central Educational Research since July 2009. He was previously a Lecturer in Education Sciences at the Ecole Normale Supérieure de Marrakech, and prior to that a Professor of secondary education of Physics. Chafiqi is a member of several regional and international organizations including the "Arab Reading Challenge" committee, the International Bureau of Education in Geneva, and the Monitoring Committee of the Consortium for International Researchers and Specialists in Education and Evaluation. He was also General Secretary of the World Association of Educational Sciences and a member of the Didactic Group of Marrakech Sciences of the Cadi Ayyad University. He was a Visiting Professor at the UNESCO Chair in Education Sciences, Cheikh Anta Diop University, and Dakar Ecole Normale Supérieure. He has also served on the reading committee of several scientific journals in France, Morocco, and Canada. Chafiqi holds a PhD in Education Sciences from Victor Segalen Bordeaux 2 University in France and a Postgraduate Doctorat in Science Education from the École Normale Supérieure in Morocco. 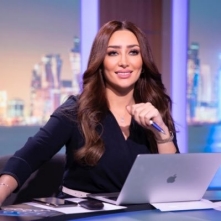 Amal Arab has served as a news and program presenter at Al Araby TV network since 2014. She has over 13 years of experience as a broadcast journalist. Prior to joining Al Araby, she served as the senior news and program presenter for Al Ghad TV based in the United Kingdom. She also had roles at Paltoday TV, Alalam and Algerian TV. Arab earned a degree in legal and administrative sciences from the University of Oran Assenia in Algeria.