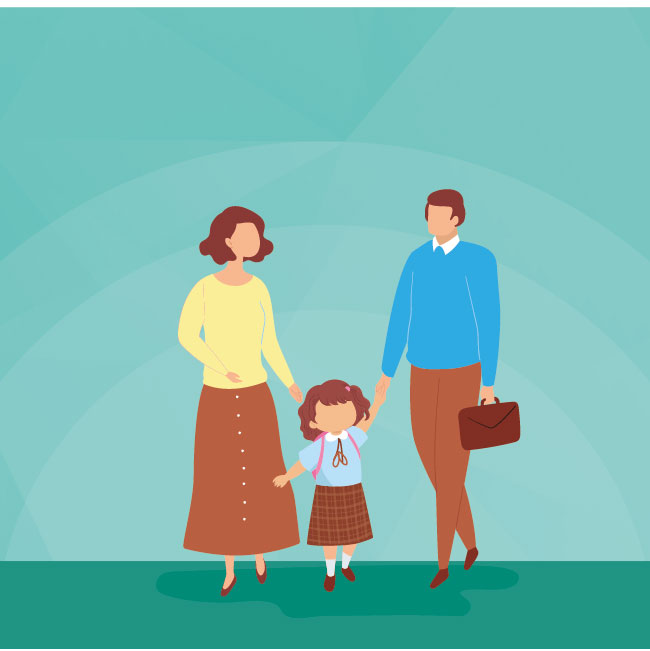 Moderate impact for moderate cost, based on moderate evidence.

We define parental engagement as the involvement of parents in supporting their children’s academic learning. It includes:

Two recent meta-analyses from the USA suggested that increasing parental engagement in primary and secondary schools had on average two to three months’ positive impact. There is some evidence that supporting parents with their first child will have benefits for siblings. However, there are also examples where combining parental engagement strategies with other interventions, such as extended early years provision, has not been associated with any additional educational benefit. This suggests that developing effective parental engagement to improve their children’s attainment is challenging and needs careful monitoring and evaluation.

Despite the global evidence that parental involvement is greatly valued for teachers, parents, and students, there is scant evidence in the Arab world to establish association between parents’ involvement role and students’ academic performance. Studies of parents in Qatar, UAE, and Algeria have found that parental involvement in promoting the educational well-being of their children is limited.  Parents interactions with school were often reported as being limited to visits to discuss behavioral issues rather than their children’s learning. Studies have also found that some parents are not aware of the importance of their involvement in the education of their children.

However, a study of parents in Jordan, found that those who were actively involved in their children’s learning, positively influenced their behavior, emotions, and cognitive skills which indirectly influenced their academic achievement.

Overall, there remains a limited amount of published studies on parental participation and schooling in the Arab world. Researchers in the Arab world are recommended to examine the relationship and association between parental involvement and children academic achievement and behavior. Researchers are also suggested to investigate which parental involvement interventions will increase attainment.

The evidence is predominantly from primary level and the early years, though there are studies which have looked at secondary schools. Impact studies tend to focus on reading and mathematics attainment.

The costs of different approaches vary enormously. Running parent workshops (about 80.0 GBP – 102.9 USD, 73.0 JOD – per session) and improving communications between parents and school (Texting Parents costs about 6.0 GBP – 7.7 USD, 5.5 JOD – per year per pupil) are relatively cheap, while intensive family support programmes with specially trained staff are more costly. A specialist community teacher or home/school liaison teacher who can work with a number of families at once costs about 35,000.0 GBP (45,023 USD, 31,921.5 JOD). Overall, costs per pupil are estimated as moderate.

Engagement is often easier to achieve with parents of very young children. How will you maintain parental engagement as children get older?

Have you provided a flexible approach to allow parental engagement to fit around parents’ schedules? Parents of older children may appreciate short sessions at flexible times.

How will you make your school welcoming for parents, especially those whose own experience of school may not have been positive?

What practical support, advice and guidance can you give to parents who are not confident in their ability to support their children’s learning, such as simple strategies to help early readers?